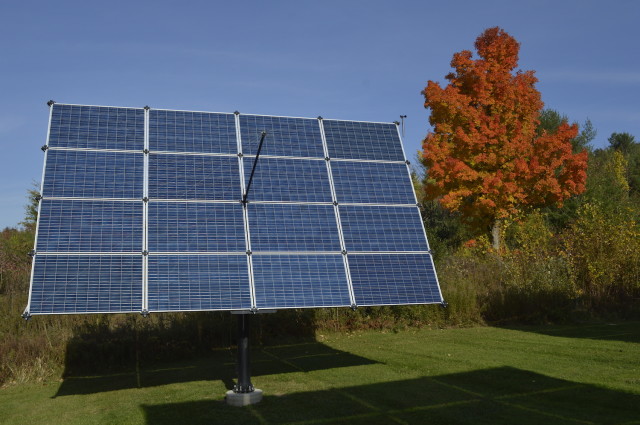 She awoke on Saturday morning feeling as gray and empty as the sky outside her window. She had a bunch of stuff to do today, but it would be just an empty person doing it.She didn’t know why she felt this way. Some days were worse than others. The grayness, the emptiness, as if she were just the dry hollow husk of something that was supposed to be a life.

Then her mother appeared at the bedroom door. Her father was looking over her mother’s shoulder. “Happy birthday, JoAnne,” said her mother brightly. “Today’s your big day.”

“Thanks,” she managed to say, sitting up in bed.

Her mother and father stepped into her room.

“We want to take you out to a farm today,” said her mother. “There is something special there, waiting for you.”

“The weather report on the radio calls for sunshine by noon,” said her father. “We thought we’d take a picnic.”

The gray, empty person regarded these two adults from a quiet distance. They wanted to take her to a farm, with a picnic basket, in the sunshine.

“How about first I make some pancakes?” suggested her father. “Then we roll by ten.”

She could see that her mother and father were delighted that she had agreed to come with them. She liked to see them happy together. They both worked so hard at their jobs, and they were usually so tired. Now they wanted a picnic in the sunshine. A birthday picnic.

They drove in her father’s red Jeep—she in the passenger seat up front, her mother in the back seat, her father very chipper as he followed the country roads—for about half an hour, then they turned into a farm with acres of tall, brown corn.

Tall from a good summer, brown because it was early autumn now.

Her father followed a long driveway between vast fields of corn, to a two-story farmhouse, white with red trim. She and her mother and father were greeted by a young farmer and his wife, and their two small kids, and some goats.

But they hadn’t come to see the goats.

The sun was just beginning to break through the clouds—she could see scattered patches of blue overhead—when she heard Mary say, “These are Trackers, JoAnne. They can swing back and forth, and they can tilt up and tilt down, so that they track the sun from dawn to dusk.”

She saw that, yes, all of the Trackers held their solar panels flat toward the sun. The way she would hold her hand up to the sun, if she wanted to warm her palm and fingers.

“We’ve got eight rows,” said Wayne, “with twenty-five Trackers in most rows, so in all we’ve got roughly two hundred clean machines harvesting the sun.”

JoAnne followed Mary between two long rows of Trackers—they were the size of a large apple tree, the big flat panel covered with smaller solar panels—until they stood in front of, as Mary said, “Tracker seventeen, row six.”

“This is your Tracker, Sweetheart,” said her father.

“Happy birthday, JoAnne,” said her mother. “This is what we want to give you on your sixteenth birthday. Something filled with hope for the future.”

“Something that . . .” Her father tried to find the words. “Your Tracker will follow the sun every day. When you wake up, your Tracker will be waking up too. All day, even on a cloudy day, this beautiful machine will turn sunshine into electricity. It sends the electricity through a cable buried in the ground to a substation, which connects to the grid. So that your sunshine is added to the power that we will use today in our homes and our offices and our schools. Every day, JoAnne, you add your dose of sunshine.”

She was feeling less gray. She glanced up at the yellow sun, still a morning sun, low in the autumn sky.

She asked Mary, “Is this Tracker harvesting sunshine right now?” “Yes, it is.”

“And is it turning that sunshine into electricity? Right now?”

JoAnne looked at her mother and her father, and felt something enormous in her heart. “This is my birthday present?”

“Do you like it?” asked her mother, with hope in her eyes.

She was feeling . . . not empty anymore. She wasn’t sure what it was, but there was something—some purpose—that was beginning to fill her up. With energy.

Mary and Wayne walked with their kids back to the farmhouse, because, as Mary explained, “Some folks are coming to see the solar park. They might buy a Tracker for their church.”

JoAnne and her parents, now alone with their Tracker—it may be a birthday present, but it was definitely the family’s Tracker—inspected the cables that supported the big panel, forming a web from a spar that stuck out a couple of meters on one side, and a couple of meters on the other side, to the corners and edges of the panel.

They inspected the mechanism that swung and tilted the panel, keeping it flat to the sun through the day, through the seasons.

Then they spread a blanket on the grass in front of their Tracker, sat down and opened the picnic basket. Joanne took out her mother’s potato salad, her father’s barbecued chicken, and a full gallon of fresh apple cider.

It was after lunch, while the three of them lay flat on their backs on the blanket in the warm sunshine, that JoAnne began to piece together her dream.

Yes, as her father had explained, this Tracker was an investment. Her mother and her father had invested not in a car, which would slowly deteriorate and lose value. They had invested in something which would pay for itself within a few years, and then put money into a fund for . . . college? Nursing school? Her own kids, when they come along?

Just think—now her Dream was growing—if all the kids got together and raised enough money with car washes and stuff, so that each class graduating from high school could give a Tracker to the school. Each year, the electricity powering our school would be cleaner and cleaner. Until one special graduating class had the great honor of taking the school to one hundred percent clean.

Just think, if every kid in my generation had a Tracker—not just here in this country, but all around the world—we could stop this horrible global warming, this catastrophe that adults have dumped into our laps. If each kid had a Tracker, instead of a rifle, instead of a bomb, we could make our world healthy again.

Just think, if I could get out of bed every day at dawn, knowing that my generation around the world was building a better world, then I wouldn’t lie there anymore so gray and empty, like a corpse.

“Mom,” she said, “Dad,” she said, “thank you. This is the most perfect birthday present you could have found.”

“Mmmmmmmmm,” mumbled her father, who had been dozing.

“Oooooooooooohh,” groaned her mother, who had been sleeping a little stiffly on the ground.

JoAnne stood up, took the red ribbon off the handle of the picnic basket, then— reaching her hands up into the blue sky— tied the red ribbon to a cable where it fastened to the bottom right corner of the Tracker’s big panel. Now she would be able to spot her Tracker as she walked between the long rows toward it, the next time she came to visit.

She would bring her friends.

She would tell them about her Dream.