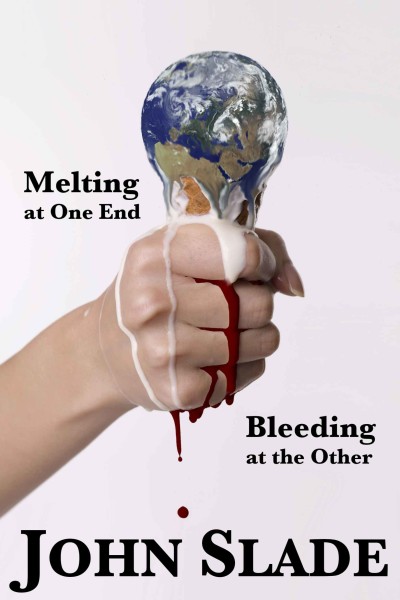 This unique and powerful novel brings our contemporary world into the classroom.
It is not Science Fiction Fantasy, and it is not a Thriller; no violence, no sex.
Just the real world.

The story opens with Rashida, a 16-year-old Syrian girl, who speaks to us from her dusty tent in a refugee camp in Turkey. Bright and motivated, she becomes an Arabic/English translator for a team of doctors in the camp. A Norwegian surgeon enables Rashida and her mother and younger brother to become refugees in Henningsvær, a fishing village above the Arctic Circle in Norway. Rashida’s dream is to continue her education and eventually to return to Syria as a doctor.

She meets Johan Erik, a 16-year-old Norwegian boy who has grown up on his grandfather’s fishing boat. Johan Erik knows that the polar ice cap is melting, and that the weather and seasons have already begun to change in his northern seas. Combining his first-hand experience with research online, he fully understands the threat of climate change to the sea that he loves, and to his people and their culture.

As Johan Erik is passionate about clean energy—he and his grandfather install the first electric engine in a fishing boat in Henningsvær harbor—so Rashida is passionate about ending not only the war in Syria, but all wars. A friendship based on respect slowly builds between these young people of entirely different cultures.

On a class trip, they visit a wind turbine company in Denmark. Johan Erik admires the clean energy, while Rashida discovers a Renaissance that could bring peace.

They organize a new course in their small school, which leads to a vibrant conference in which students speak to the members of their community about climate change, clean energy, and the future of their fragile northern world.

The story reaches into the future: to a wedding in 2050, and a celebration banquet in 2079. We see reality, we see hope.

Melting at One End, Bleeding at the Other provides students with an enormous amount of information on climate change and clean energy. It also encourages them to think about, and to discuss in class, the major issues in their lives today. Like the characters in the story, students will grow in their thinking . . . until they become motivated and hopeful Citizens of the World.

This ebook contains an abundance of gorgeous photographs—of the Henningsvær harbor, fishermen during the winter cod season, the mountains, the northern lights, the return of the sun—which follow the story chapter by chapter.

These pictures make the novel, and its themes, absolutely real.