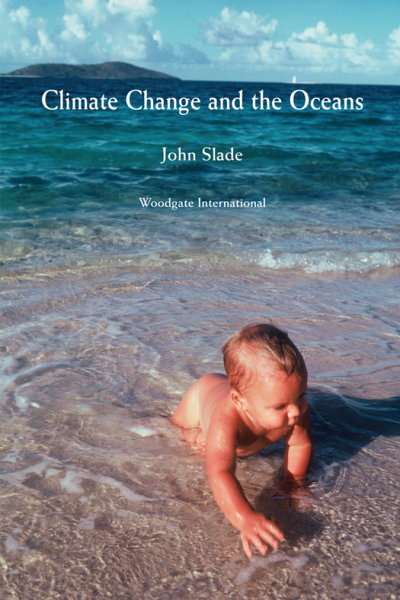 Why I wrote this book:

How do we tap the enormous energy waiting to spring to life?

As a teacher of many years, I have a big heart for the kids. Thus I want to warn them that an unprecedented future awaits them. And I want to encourage them, for by rising to the challenges, they can lead peoples around the world away from catastrophe and toward a genuine renaissance.

Young people have heard about climate change. They have looked at pictures of wildfires in Colorado and the devastation from Hurricane Sandy. But having taught for ten years in Norway, I know that Norwegian students are much more advanced in their thinking about climate change and ecology than their American counterparts. And having taught in Russia as well, I know that the highly motivated Russian students have only rarely encountered ecology in their classes.

How do we enable young people around the world to understand that the greatest challenge in human history is about to be dumped in their laps? How do we encourage them to rise to the occasion? How do we tap their energy and skills, their inherent determination to build a better world?

As an author, I was doing the research for a book on the twin themes of climate change and clean energy, a book which I wanted to write for students. As I examined books on the shelves of university bookstores, and in school libraries, as I studied articles and websites, I realized that virtually everything written about climate change and clean energy was non-fiction. No one told a story, with young characters, dramatizing the changes coming to our world in the near future.

I had taught the great short novel, One Day in the Life of Ivan Denisovitch by Alexander Solzhenitsyn, a book which enabled high school students in my class in the Caribbean to understand the Soviet gulag…by telling a story.

I wanted to do the same for the young people who will soon face a possibly greater nightmare than a frozen prison in Siberia. Quite the opposite: the tundra in Siberia will soon be melting, releasing planetary amounts of methane.

So I wove years of research into seven stories, in which most of the characters are young, set in seven locations around the world, today…and in twenty years. A girl sixteen years old walks a Florida beach at night with a university student, studying the giant leatherback turtles that come to lay their eggs. We meet Michelle twenty years later, when she is thirty-six with two young children, again walking her beach. Will she find her turtles, or will the latest monster hurricane have washed away the sand down to the bedrock?

We meet a sixteen-year-old Sami girl and her reindeer in northern Norway when, on her confirmation day in the spring, her mother takes her picture with snow in the background. We meet Aili Biriita twenty years later, when the snow on confirmation day has already melted, the tundra is thawing, and the air stinks of methane.

During the endless months leading up to America’s presidential election, climate change was rarely mentioned. But it is coming like a freight train. I put my hopes on the first global generation in human history: they are able to communicate with each other, and they share a determination to live in a healthy world, a prosperous world, and a world at peace. For them, I wrote Climate Change and the Oceans, with stories of warning, with stories of encouragement.

Early Praise for Climate Change and the Oceans

John Slade has done a masterful job of casting the effects of global change in diverse cultural and environmental contexts. He confronts us with the options we face—two alternative pathways that represent either optimistic or pessimistic trajectories for our future. The rigorous science—which is presented in a very clear manner—and the diversity of participants in this broad drama provide compelling accounts of what global change will mean to humanity at large. “Climate Change and the Oceans” shows what we must do in order to direct our future down the optimistic, rather than the pessimistic, pathway. This excellent book truly “humanizes” the effects of global change—it appeals at once to our intellects and our emotions.

The book should be required reading, especially for younger readers who will control which of the two pathways represents the future of humanity and the biosphere on which we depend.