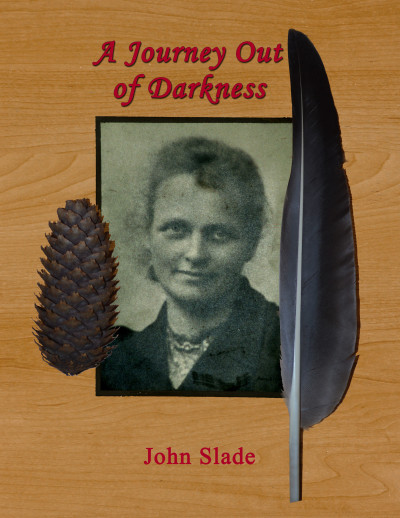 A Journey Out of Darkness: Synopsis

Sometimes we need someone to step into our lives, as a guide who takes us on a journey. With courage, with hard work, and with a heart that gradually opens, we become a better person in a better world.

Michael, a disillusioned young man from Florida, moves to Norway to begin a new life. With a teaching job at the college in Bodø, he rents an old two-story log house in a tiny village on the shore of the fjord . . . and soon discovers that the upper floor is inhabited by the spirit of a young woman who died of tuberculosis in 1917. Because Michael, a photographer, is so excited to live at the edge of mountain wilderness, in the country of his Norwegian ancestors, his energy enables Anna Sofia to return to the world that she once loved . . . as a visible spirit.

Anna Sofia agrees to guide Michael, who has never seen snow in flat Florida, into the mountains which she loved, and lost, when she died so young. Thus from the very beginning, they help each other. As they camp on a finger of stone that reaches into a lake, as they climb high above the timberline into the realm of eagles, as they skate at night on the lake beneath the northern lights, and as they ski near a herd of reindeer, Anna Sofia leads Michael deeper into wilderness, and deeper into himself. The bitter boy is left behind; the clear-eyed man is emerging.

Anna Sofia tells Michael that her dream is to stand on a mountain peak at midnight in June, when she can look north at the sun that conquers the darkness. But at that moment, she must leave him. He will lose the woman whom he deeply loves, and he will have to climb down the mountain alone.

The turning point in this unique story comes when they travel together on a jet to spend Christmas in Oslo, which Anna Sofia calls Kristiania. She discovers that people, with their unrelenting pollution, are killing the world that she so deeply loved and lost. As they stand in the University’s Aula in front of Munch’s powerful sun, she glares at Michael with outrage, for he is doing next to nothing in his self-absorbed life to stop the ravages of climate change. “Michael, you are alive, but I am dead. Only you can help the world.” . . . “I lost everything. I will never have children. But you have your entire life ahead of you.”

“Michael, the dead ask the living, ‘Why are you killing your Earth?’”

Michael realizes that his quest to find a new self in Norway has barely begun. They return to a bookstore on Karl Johan Street, where Michael gathers a growing number of books on both the climate crisis, and the clean energy renaissance.

When they return to their home in the north, Michael, a college drop-out in Florida, discovers that the more he reads, the more he wants to know about this planetary catastrophe . . . for which he is responsible. The student also learns, with Anna Sofia as his guide, to open his heart and truly love the lake, the mountains, and even the sun when it returns after two months of Arctic darkness.

With her encouragement, he visits the department of solar engineering at the University of Trondheim, where a welcoming professor invites him to attend a class and a lab . . . and to apply to become a student next September.

But could Michael handle the math? Would this world-class university really accept an applicant with such a weak record?

A few days before the Seventeenth of May, Michael receives a gift from Norway. He and Anna Sofia will climb to the peak of the tallest mountain in June, so that there in the realm of eagles, she can look north at midnight at the sun that conquers the darkness. And when Michael climbs down the mountain alone, he will know that he is on his way to Trondheim.

Anna Sofia reaches right into the heart of the reader, as she teaches us to love all that she has lost.